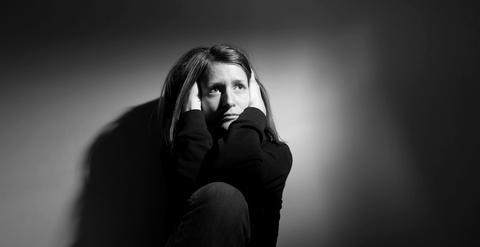 My first five or six years

at L’Arche (in the ‘70s) were truly wonderful for me, in that they laid the foundations for much of what I have become.  Especially, living at L’Arche brought the faith of my infant baptism to life.
Two women, whom I had met in Brittany, told me about L’Arche (especially about Father Thomas Philippe and Barbara, Jean Vanier’s secretary) and encouraged me to go. They must have sensed that I was a little lost and hadn’t found my way.  (I had no faith, had never dealt with any handicapped people, and I was also affected by the social-political turbulence of that period.)
Despite the violence and tension of my first L’Arche home, I was really happy there. I really liked life in the home, as well as the team work, working hard with my hands, having simple lodgings (a double bedroom with four beds; in winter we had to fetch kerosene for the stove that provided heat). I had good house leaders, we had a great team spirit and I found lots of support and guidance for coping with life in the home, as well as encouragement of initiative.
I described myself at the time as an atheist, although I was more likely agnostic.  But I certainly didn’t come to L’Arche for the spiritual life. Despite a lack of interest in this dimension of L’Arche, I participated every evening in the prayer, for there I found peace after a day full of fatigue and tension.

After a first year where I was completely committed to life in the home,

I felt Jesus tugging at my heart strings.  I tried to ignore this, but it didn’t work.  In spring of ’74 Father Thomas almost died in the hospital.  After his convalescence, I ran into him one day in the garden.  “I prayed for you while I was sick » he told me.
A few weeks later, he invited me to come to see him at his office and bowled me over with his words: “Jesus loves you”.  As of then I began to seek He who loves me.
Life in the home continued to be essential, but I am grateful for Madame Vanier’s friendship and guidance in my first steps of living faith (Jean Vanier’s mother had come to live in Trosly), and then more and more frequently, daily mass in the L’Arche chapel.  I also went to see Father Thomas regularly, and there learned about contemplative, silent prayer.
I asked to be confirmed after a year and a half at L’Arche. During all this time Père Thomas continued to be my spiritual director, and of course played an important role. I always sat close to him on his couch; he put his arm around my shoulder, but it was safe and comforting.
The early ‘70s saw the foundation of many new L’Arche communities around the world.  “Assistants” who were going off to found in the Third World were particularly visible, even put on a pedestal.  I was sensitive to the attention given to all these special people, especially by Jean Vanier.

A new phase began for me when I began to feel a call to live celibacy for the Kingdom.

Of course I shared this with Father Thomas, admitting that in choosing celibacy, giving up a partner would be more difficult than not having children.  As I shared the emotional and sexual vulnerability that I felt, he changed his way of directing me spiritually.
He told me that the Lord wanted to give me special mystical grace, and that I was to come for spiritual direction after 10.30 pm.
This was probably early 1979, and as of then he lead me to his bed.  Our meetings were always late at night.  This “mystical prayer” became longer and longer, and ever more intimate.  Lying on his bed, more and more undressed, we touched one another, kissed with our tongues, I rubbed his penis.  I remember thinking, “This is spiritual, it should be happening differently…but how?”  Nevertheless I continued going to see him at night: spiritual direction happened that way now.
This form of spiritual direction went on for a little over a year, until I went to visit my family and a friend in the States whom I had met at L’Arche.  Since Father Thomas had tried to initiate the same sort  of relationship with her,  she of course guessed very quickly what was going on between us.  Without hesitation she said “This isn’t from God.  It isn’t a mystical grace”.  After a first reaction of shock, I then felt relief and freedom.  I came back to Trosly and never ever went to see him again.

I carried on at L’Arche for another 25-30 years, as if nothing had ever happened.

I never knew how to talk about it.  I buried this experience, of which I was ashamed, deep inside me.  In the ‘80s an American priest, who had been informed by my friend of Father Thomas’s actions, asked me about it.  I completely denied what she had told him.  “She’s mistaken.”  It has taken me more than 35 years, and much accompaniment, to get over feeling dirty and weak. Even today I can’t remember all that happened.

One of the reasons why I never said anything is that I didn’t know that what Père Thomas had done was immoral. (Back in the ‘80s). And even when I first heard of the accusations against him (in 2015), my first reaction was, firstly, I’m not going to expose myself and then, he’s been dead for a long time.  And of course I hadn’t yet understood that he had many dozens of victims at L’Arche.
The silence of victims of spiritual abuse is often regarded with questioning, even suspicion.  I hope to help you understand how awful it is to look at our story, and even more to speak of it.  Yet today there are victims of Thomas Philippe who are wounded, fragile and alone with their pain.  Just recently I heard of one woman who quivers with fear at the idea of being “found out”.
Of course I stayed in L’Arche all many years after my wake up in 1980.

The last three years were difficult, so I went to see a psychologist regularly.

At our last meeting, she said, “I don’t think the conflict you are feeling comes from your current situation.  I think you have been working out an ancient conflict.”  I have never forgotten her words, and now, over ten years later, wonder if this “ancient conflict” isn’t the sexual and spiritual abuse of Father Thomas.  This question remains without an answer for the moment.
Another person helped me to realize that Father Thomas groomed me for over five years before laying a hand on me, and that thought gives me icy shivers.
Now that the Church so clearly condemns paedophilia, I remain in expectation of stronger and clearer guidelines concerning abuse of adults.