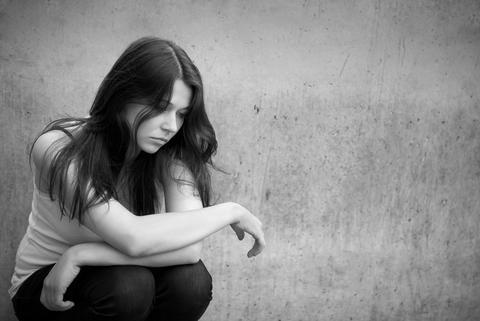 when I was 27 years old and in search of a deeper experience of God, I went  to live at l'Arche.  I had a cousin who had lived at l"Arche for many years and who spoke highly of the contemplative spirituality of both Jean Vanier and Father Thomas Philippe.

During the two years I was at l'Arche, I sought spiritual direction from Father Thomas Philippe on a number of occasions. During spiritual direction I spoke with him about my concerns while sitting close to him with his arm around me. The time spent with him felt comforting, like a child held by a kind grandmother.

In 1975 I became fairly depressed. While living at l'Arche did connect me with a deeper sense of divine presence, it was also a very difficult life. There was a lack of intellectual stimulation and no outlet for my own creative expression.  Such a lifestyle contributed to a sense of malaise that made me seek more deeply for a new life direction.

Looking for answers, I decided to undertake the Spiritual Exercises of St. Ignatius of Loyola with a young Jesuit priest.  During this 3-week retreat, I grew more and more distressed.  I was not prepared for the intensity of the Spiritual Exercises.  Between fasting and prolonged periods of prayer, I started having visionary experiences that threatened to overwhelm me.  Scenes from my difficult childhood emerged as I meditated.  Also, the day I had begun the retreat, a female assistant from Trosly committed suicide.  This terrified me.  Why wasn't God there to help her?  What if God wasn't there for me either?

Along with my personal  psychological anguish, I also projected many positive qualities onto the priest, as if he were my saviour. Unfortunately, he was unable to help me with the psychological aspects of my suffering.

I returned to Trosly after the retreat, feeling broken and despairing.  I decided to see Père Thomas.  As I was very vulnerable, I again felt comforted by him with his arm around me as we talked. I believed he was a kind, old, saintly man.  I shared with him my projections onto the young Jesuit, and how I yearned to have a beloved man in my life.

As I was sharing my story, I noticed that Thomas Philippe's left arm had gradually moved from my shoulder to my back, and his left hand was now on my left breast.  I wasn't sure if this was what I thought it was.  I told myself:  "His hand must be there because my heart is hard, and he is trying to break up the stony feeling with his energy".

Then I noticed that he had taken my right hand , which he had been holding warmly and kindly, and gently placed it in his lap, with his own right hand covering it.  There was a gentle pushing down pressure.  "No", I said to myself  "This can't be what you think."

Finally, he turned to me and said:  "Take Jesus in your arms"...

so I held him, thinking this very bizarre and unwelcome, but trying to understand these spiritual actions.  I told myself that maybe he was showing me what it concretely feels like to hold Jesus, and he is being the representative for Jesus.

That night, I wasn't feeling well and stayed in my room.  I was alone in the dorm building.  Père Thomas came to visit.  When he came into the room, he sat down beside me on the bed. When he wanted to put his arm around me, I recoiled.  A voice inside me said:  "Dirty old man"...It was like a light had come on in my head.  When I told him to get the hell out of there, his face transformed into that of a rejected teenager.

After this episode, I felt crazy.  One of the supposedly holiest priests I'd ever met, the saintly priest behind l'Arche, had transformed into a dirty old man.  It was like having God turn into the devil.  There was no one to tell.  No one would have believed me.  I left l'Arche a few months later, barely able to function on my own.
When I got home to California, I collapsed.  I couldn't understand what had happened to me.  I was unable to work, to drive a car.  My mother took care of me, a 29 year old young woman.  I needed a lot of psychotherapeutic help,  I was often overwhelmed by terrifying thoughts and feelings.
In my life today, I am a body-centered psychotherapist.  After undergoing this "baptism by fire", I strongly advocate  the healing of psychological wounds as part of a spiritual practice. Pere Thomas had a very developed spirituality but suffered from a serious and unhealed psychological disorder (compulsive sexual addiction).  To heal sexual compulsion, there is specific information and psychological methodology.

What Thomas Philippe did was completely opposed to the gospel of Jesus Christ.

But It is unhelpful to dismiss his actions as being the result of "sin" or labelling him a "sinner". The origin of compulsion is often the result of trauma enacted on a young victim. Today, with good information about sexual compulsion disseminated throughout the religious world,  we can find help and mercy for both predator and victim.